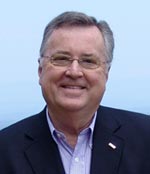 An experienced pastoral counselor, he has worked in both congregational and hospital settings. His professional expertise includes crisis counseling, substance abuse intervention, and career guidance for persons in ministry.

His sermons and essays on biblical and pastoral themes are published in books, devotional guides, and on NextSunday Worship.com. One of the founders of Smyth & Helwys, Jim has served as Chairman of the Board for the past 20 years.

In addition to serving as the editor of NextSunday Worship, he is the principal photographer and editor of www.NextSundayGallery.com, an educational resource with a comprehensive collection of high quality photos illustrating the geography and archaeology of the Biblical world.

Jim and his wife Nancy have two adult sons and two daughters-in-law: Stewart (deceased) and his wife Kelley, and Jonathan and his wife Jackie. They are the proud grandparents of three grandsons, Will, Jon Walker and Colton, and a granddaughter, Lilli. 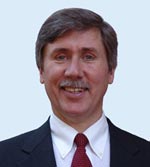 Glen is married to Clista Whitehurst Adkins, and they have two grown daughters and one son-in-law. For three years, from 2007 to 2010, Glen and Clista served as full-time missionaries to the Roma (Gypsies) in central Europe, and during this time lived in Pecs, Hungary. As missionaries, they were sponsored by the Cooperative Baptist Fellowship (CBF).

Dr. Adkins edited the music selections for NextSunday Worship, which follows the revised common lectionary. Through the years, Glen has taught classes and given lectures on the life and work of the music ministry, church music trends, worship planning, music theory and appreciation, voice, guitar and handbells.  He has been adjunct professor at Furman University, Gardner-Webb Divinity School, and the SC Governor’s School for Arts and Humanities. He has published several articles, choral anthems, and handbell pieces.